The Royal Flying Doctor Service (RFDS) Central Operations has unveiled its $14 million purpose-built aeromedical jet dedicated to improving and saving the lives of all Territorians. 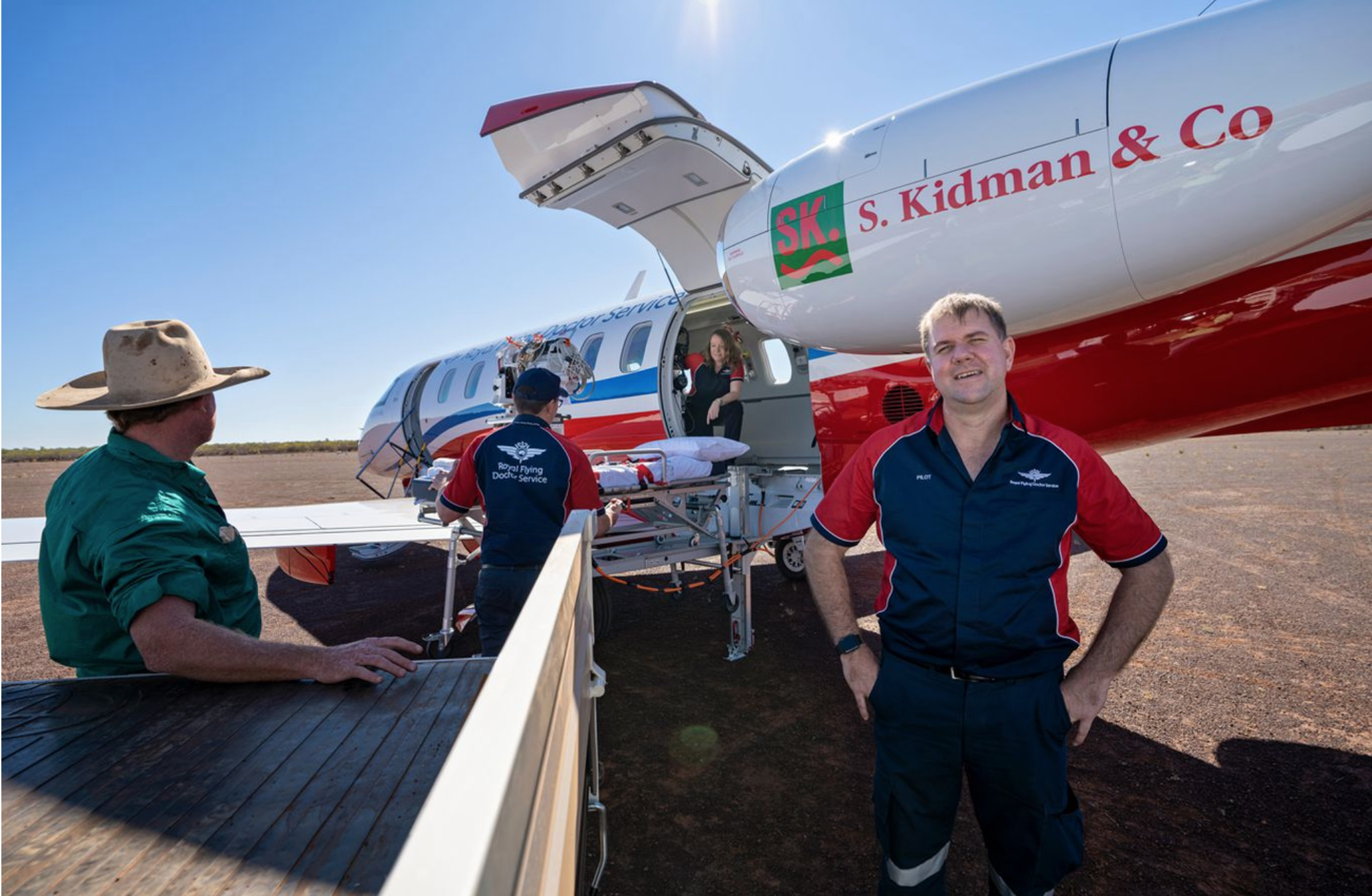 Its arrival doubles the RFDS’ jet power across Australia’s central corridor, achieving a long-term vision to provide dedicated aeromedical jet capability in both the Northern Territory and South Australia.

“This new RFDS Medi-Jet 24 – our second purpose-built aeromedical jet – will be dedicated to serve the Territory, to care for all Territorians for decades to come,” RFDS Central Operations Chairman, Peter de Cure, said during the unveiling in Darwin.

“At a cost of $14 million, this innovation in aeromedical care was financed solely by the RFDS’ own capital-raising through fundraising, bequests, corporate sponsorship and donations from all corners of the community,” Mr de Cure said.

“This major investment in a second RFDS Medi-Jet 24 demonstrates our long-term commitment to our partnership with the NT Government and the RFDS’ contribution to the advancement of the Territory’s health system.”

As part of the launch, it was also announced that outback icon S. Kidman & Co had expanded and extended its $1 million-plus ‘Jet Partner’ sponsorship of RFDS Central Operations for another four years.

“The impact of S. Kidman & Co’s tangible contribution to our work is far reaching, and we are honoured to have both RFDS Medi-Jet 24s badged with the S. Kidman & Co logo for the next four years,” Mr de Cure said.

One of the nation’s largest beef producers with pastoral properties across three states and the Northern Territory, S. Kidman & Co is owned by Australian Outback Beef, a joint venture of Hancock Prospecting and Shangai CRED.

David Larkin AM, Chief Executive Officer of Hancock Agriculture, said S. Kidman & Co was delighted to continue the alignment of its famous brand alongside Australia’s leader in aeromedical and primary health care in rural and remote Australia.

“Like the Royal Flying Doctor Service, S. Kidman & Co has a rich history and a strong future invested in the Territory,” Mr Larkin said.

“We are delighted to be the inaugural Jet Partner of the RFDS Medi-Jet 24s – one in South Australia and the other in the Northern Territory – and to dedicate our ongoing community support to the life-saving work undertaken by this essential Australian service,” he said. 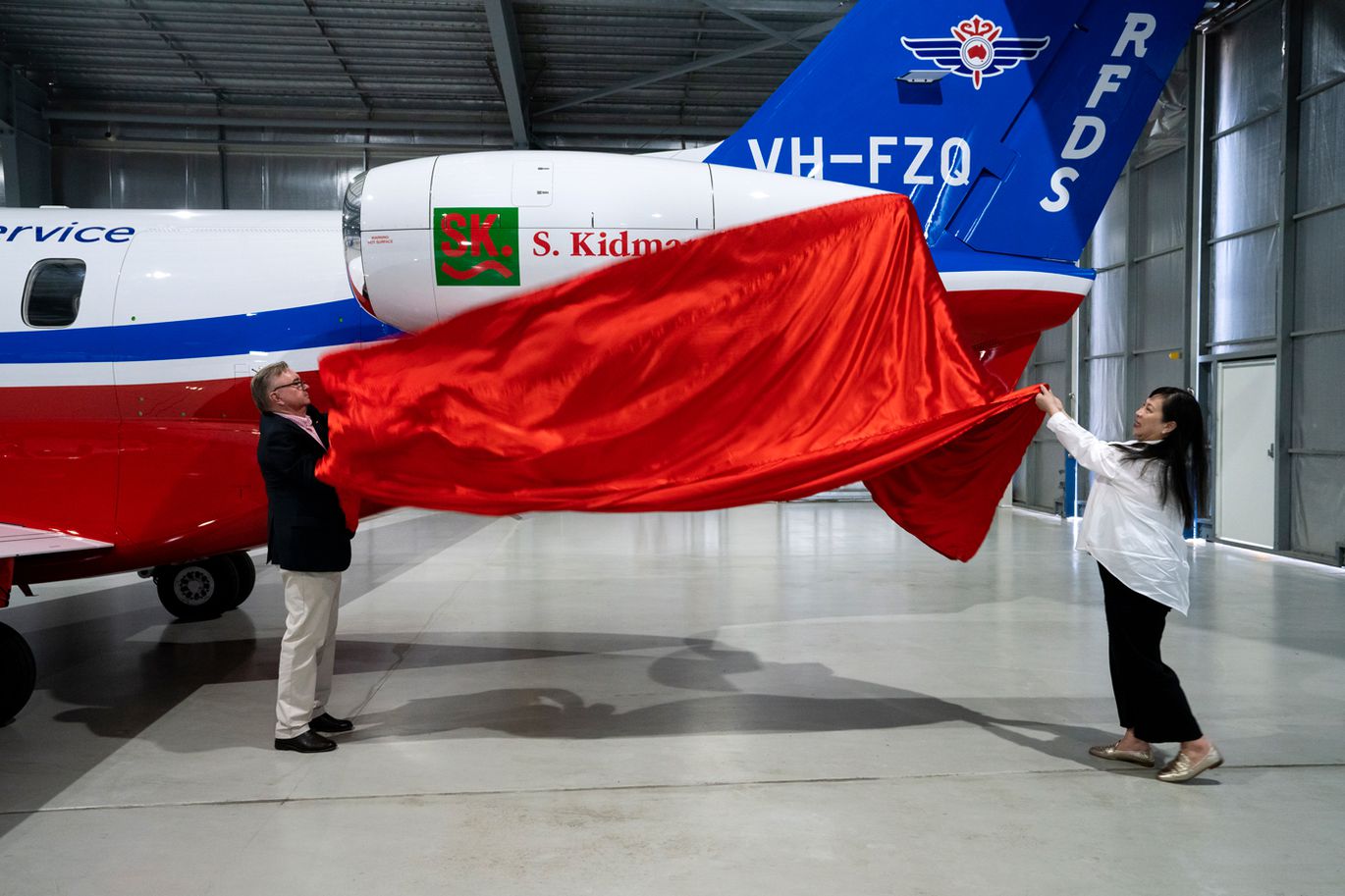 The RFDS Medi-Jet 24 is the only aeromedical jet in the country with a rear patient loading door to enable safer, faster loading of patients, combined with a built-in patient stretcher-loader device for optimum patient safety and reduced risk of injury to clinicians.

Setting a new benchmark in aeromedical versatility, the RFDS Medi-Jet 24 has the ability to land on an unsealed airstrip to airlift a critically-ill patient from a remote community through to transferring a high acuity patient from Darwin direct to Adelaide or Melbourne.

The new RFDS Medi-Jet 24 commences operations in the NT later this month and will complement the existing turbo-prop fleet, linking the RFDS network of dedicated patient transfer facilities in Darwin, Alice Springs, Adelaide, Port Augusta and beyond.