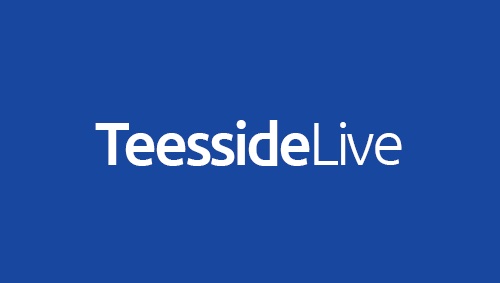 Progress is being made in line with a revised development plan for the multimillion-pound Woodsmith Project, says the company behind it.
Anglo American’s Whitby fertiliser mine and Teesside processing facility is under construction and it told investors this week that “major critical path components have continued to progress” to an updated plan. The company said that so far this year spending on the mine has reached $242m, out of an estimated $600m for the whole year.
The project – which aims to unlock the world’s largest known deposit of natural fertiliser polyhalite – will take longer than expected under former owners Sirius Minerals, owing to a technical review carried out by Anglo American which identified changes to the mine’s design. Earlier the mining giant said it would pursue a “different and longer” schedule to get the project up and running.
Half year results for Anglo American in the six months to the end of June showed underlying EBITDA losses for the project had widened to $18m, compared to $12m in the same period of 2021. The ultimate capital expenditure on the Woodsmith Project is expected to be set later this year and is subject to design engineering works carried out following the review.
Anglo said the project’s mineral transport tunnel has now been connected to the 383m deep intermediate access shaft site at Lockwood Beck during a period of planned maintenance for the tunnel boring machine. And at the mine site near Sneatonthorpe engineering improvements had been made to the services shaft to increase shaft sinking rates over the project’s duration.
In a section of the results dedicated to Anglo’s Crop Nutrients business, which operates the Woodsmith Mine, the firm said: “Throughout 2022, and ahead of the full project execution phase, the Woodsmith team, led by new Crop Nutrients CEO Tom McCulley, is working through the detailed design engineering and is making a number of changes. Changes relate particularly to the design and phasing of the two main shafts, the development of the underground mining area, and the processing and port facilities, as well as those changes required to accommodate both increased production capacity and more efficient and scalable mining methods; such improvements will also require the installation of additional ventilation earlier in the development of the underground mining area.
“Anglo American expects that the improvements it is making to the project will result in an enhanced configuration and therefore a different and longer construction schedule than anticipated prior to Anglo American’s ownership. Anglo American’s capital budget for the development of Woodsmith will reflect such scope and timing changes to ensure that its exacting standards are met and the full commercial value of the asset is realised.
“The capital budget and schedule to completion will be finalised once the detailed design engineering is complete and with the benefit of further shaft sinking progress over the next 12-18 months.”
Anglo has touted its global marketing capabilities as key to successfully netting market share for polyhalite – which it sees as a “game-changing” fertiliser containing potassium, sulphur, magnesium and calcium – four of the six nutrients that every plant needs to grow. Through farm demonstrations across the world, the firm said it was building a “compelling body of evidence” to show the efficacy of polyhalite – which it will market as a product called POLY4.
The low carbon fertiliser is being marketed as a means for farmers to increase yields, improve crop quality and enhance soil health. And in this latest update Anglo said “dislocation” in the global fertiliser market during the first half of the year had caused price increases and availability issues which creates an opportunity for the Crop Nutrients business.
Anglo said: “Prices are expected to remain firm and above historical levels for the foreseeable future, as supply restrictions and high energy and manufacturing costs continue. Many countries are re-assessing their sourcing of fertiliser and agricultural products as they seek greater reliability of supply while also encouraging more efficient fertiliser use, driving innovation, and supporting more sustainable crop solutions.”